What a week! I don’t think I understood the magnitude of the famous Two Oceans Marathon until I found myself in the midst of it this year. Even though I didn’t race the 56km Ultra Marathon, running the half and working at the expo, promoting veganism, was an unbelievable experience. I was blown away by the increase in vegan-friendly sports nutrition, the general public’s interest in veganism, my body’s ability to improve rapidly between two half-marathon races and finally, by the overwhelming sense of community around the race. A few vegan (and non-vegan) folks asked what I eat before, during and after a race and so I thought I’d share some insight – and give you a glimpse of what went down at the expo.

Leading up to the big event on Saturday, I joined the Vegilicious team for vegan advocacy “work” at the Two Ocean’s Marathon Expo. You can’t really call it work when you are planting seeds of compassion, one nugget at a time! Over the three days we handed out over 11 000 Fry’s chicken-style nuggets while informing visitors and exhibitors about the benefits of eating a diet fueled by plants.

Nuggets weren’t the only vegan-friendly snacks at the expo: 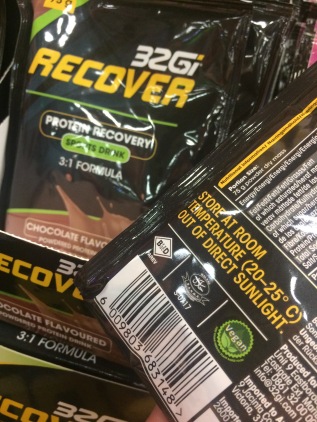 So, what did I eat before, during and after the race?

Friday: CARB UP the day before, not only the night before.

NOTE: Remember, I am not a nutritionist or dietitian and that I eat according to what I know works for me on race day. Everyone is different, and you will have to play around (during training) to see what your body prefers. For instance, some runners love oats in the morning but that will make me run to the closet porter-loo instead of the finish line. NEVER eat, drink or do something new on race day!

My race went incrediby well! I ran the 21 km in 1 hour 46 minutes (5:01 minutes per km) – a personal best 😀 I was really worried about running a Sub 2-hour race as I didn’t put nearly as much effort into my training as I should have. I did, however, run consistantly with my family and with Don. After the Two Oceans Half Marathon I am really inspired to run my first full marathon before the end of this year, and maybe even take on the Ultra next year! 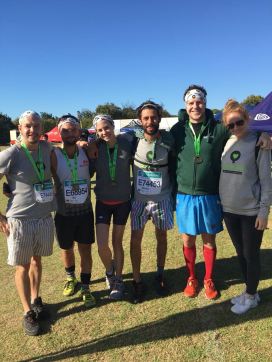 Disclaimer: I am not sponsored by any of the brands mentioned in this post, except for Almond Breeze and Fry’s that often send me products to try. But I would and have used both these brands regardless.

There was an error retrieving images from Instagram. An attempt will be remade in a few minutes.